You've probably heard some rumblings about Apple's iOS 14 update and how it will impact advertising on Facebook. This is a large-scale change, but it is not the death knell of advertising. The sky is not falling.

However, you need to know what the changes mean for how you should approach your business advertising on Facebook. Changes to how advertisers can interact with iPhone users  will mean a great deal in terms of effectiveness if you are targeting a large segment of mobile users. Is your marketing strategy set-up for this big change?

We've seen different versions of changes through algorithms over the years. Google regularly changes the way that search moves people through the internet. Even Facebook has made changes that meant businesses would have to shift the way they approached advertising and social media marketing on their channel. 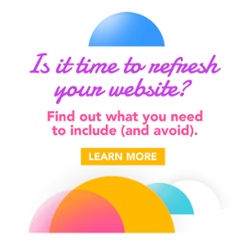 Apple's iOS 14 update will be no different. It's a new layer that you'll need to understand in order to plan your paid social media strategy effectively. It will likely mean shifting some techniques and strategy, but this is the way that digital marketing works.

The most important thing is to understand is what this update means. From there, you need to plan your facebook ads strategy to meet your business needs while factoring in these new challenges.

The iOS 14 update makes a direct change to the way Facebook (and other apps and websites) can track and process data from its users. Any downloadable applications in the App Store will be required to show iOS device users a prompt that asks for permission to track them outside the platform. The update doesn't allow the tracking or sharing of data unless the user agrees to this opt-in.

Apple is calling this App Tracking Transparency (ATT), and it will require a universal prompt that is required to appear on all apps downloaded from the app store to all users.

The functionality works as a prompt. App users will be prompted to agree to letting the app track their use outside the platform.

According to Apple's User Privacy and Data Use, "Starting with iOS 14.5, iPadOS 14.5, and tvOS 14.5, you’ll need to receive the user’s permission through the AppTrackingTransparency framework to track them or access their device’s advertising identifier."

An example of the prompt we can expect to see was provided by Tim Cook on Twitter and is displayed below:

Selecting "Allow" on this prompt gives users the option of allowing Facebook to track them off the site.

Facebook's View of the Change

While Facebook is not in agreement with Apple on the change, they are opting to follow these rules (because they have to). Not agreeing to show the prompt and observe the changes would mean being removed from the App Store.

However, Facebook has made it very clear that they don't agree with Apple's iOS 14 update and its impact on Facebook ads. Facebook highlights the way this update can adversely affect small businesses, and they're not wrong.

The update will noticeably change how Facebook ads function for ALL businesses. Still, small businesses often have the most difficulty with these types of changes because they don't have the extensive reach that large businesses do, and they can get more bang for their buck using targeted ads on Facebook's ads platform.

You might be thinking... It's all this worry a bit excessive because we're only talking about Apple devices? The most recent statistics say that over 98% of Facebook users access the site on their mobile phones. And, since Tim Cook recently informed us that there are now over 1.5 billion active Apple devices... this a lot of potential users that will see this opt-in.

While we don't have hard data on the number of people who will opt-out, and therefore drop from your advertising reach, we should plan for it to be high. Users today are far more concerned about the amount of data that advertisers have, and they are reluctant to agree to these pop-ups, especially because the pop-ups belong to advertisers.

Facebook explained in their stance that they would go along with the update, though they were strongly against it. Any apps that do not agree to the iOS 14 update will be removed from the App Store, which would be even more damaging to marketers and businesses.

The expectation is that many users will opt-out of Facebook tracking. This means that the Facebook tracking pixel will be far less effective, rendering reporting inaccurate. It also limits marketers' ability to personalize ads. Poorly targeted ads typically offer lower conversion rates.

What Does iOS 14 Update Mean for Your Business?

The change is also likely to disrupt advertising. That's a reality. It will limit your business' ability to deliver ads to the right customers based on the personalized metrics you've used in the past.

There are a few things that businesses and advertisers will need to be aware of. This change will mean that there is a broad expanse of data that won’t be available, and it will mean a loss of being able to target advertising or retarget ads to those users who opt-out. We know that most customers need to interact with brands several times before they purchase, so this will most likely result in a drop in conversion rates. 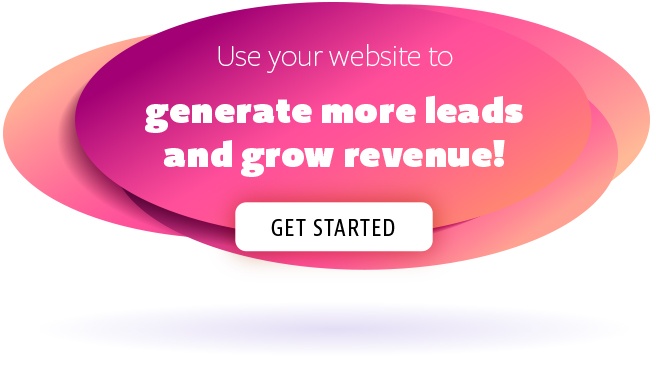 We’re expecting to see more users not opting-in than users allowing tracking. The impact of that can be difficult to judge accurately. What we know is that the data we gather will not be as comprehensive as it was previously. We can only consider information that we actually collect, which will not be a full picture since there may be many people whose data won’t be measured. This may mean inaccurate reporting or analytics, which will diminish your ability to target your ads effectively.

Some critics argue that Apple is not approaching the situation entirely fairly because Apple users won’t get this prompt. This change only impacts users from other platforms, such as Facebook. These critics believe Apple's decision was based on the fact that they were not getting revenue from these advertisements. The new update remedies that, but the cost for small businesses (and Facebook) can be large.

For business owners, the difficulty is two-fold. You’re losing some ability to target your ads and personalize. You might also see the newly launched ads under-perform when compared to previous campaigns.

The first thing you want to do when developing your new strategy is to look at your history. Study the metrics for your iOS device users. This gives you an idea of the overall impact to your ability to gather insights. You need to know how much your business relied on this advertising to iOS users in order to move in the future.

Facebook also recommends that you verify your domain. You may have already done this, and it’s a good idea for any business. But if you haven’t, that should be an early step for you.

After you’ve assessed your past ads performance, you should carefully decide the metrics and conversion events you’ll use for future campaigns. You may also want to plan iOS in separate campaigns. This will help you maintain the same level of personalization for non-iOS users, while you run less personalized ads for iOS users.

NO! No one believes Facebook ads are going away any time soon. There are far too many active users on Facebook to discount the platform for social media reach and advertising. We may just need to get even more creative in the short term to find ways to reach customers and garner customer insights.

You don't need to do this alone! You can schedule a 15 minute marketing assessment with on of your experts to review your marketing strategy.

What Is Inbound Marketing and Can It Work for Your Business?